The Pavilion on the Recreation Ground 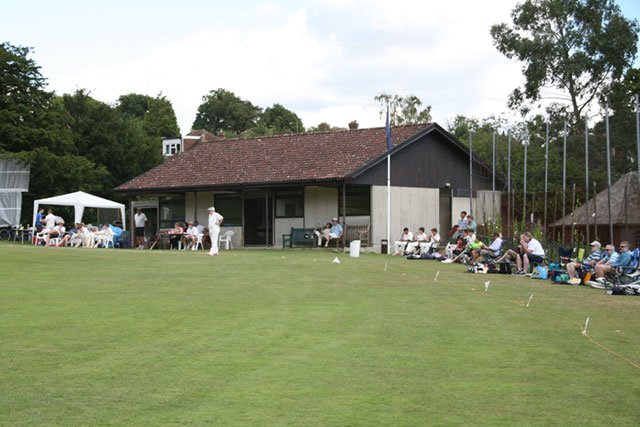 The Pavilion on the Recreation Ground – can it fit on its Current Site ?

There has been much discussion in recent days about the siting of the new pavilion in that there appears to be broad agreement that the existing building has come to the end of its natural life and needs to be replaced as soon as practicable. Opponents of the scheme appear to acknowledge this but then say we would support a new pavilion if built on the current site.

When serious work on replacing the existing building began in 2014, the intention was to build on the current site and indeed planning was obtained in early 2016 on this basis so we could seek tenders from building firms and obtain firmer estimates of what a building would cost.

The current site is approx 13m in length and is effectively 8m wide although this slightly extends for the shower facility and the changing room that is utilised by the bowls club. The current changing rooms cannot accommodate 11 players at one time, the shower facilities only allow co-mingling of players which is specifically called dangerous by those concerned about child protection while the pavilion area has barely enough room to house 22 players sitting down for tea. The conclusion must be this current configuration is too small for a current pavilion.

In looking at the current site, we believe that we could have extended the area of ground utilised by a small move of the bowls pavilion and by making use of the ‘dead’ ground to the rear of the current building. By building close to the line of the fence, we might have gained an  additional 4m in width creating a building of approximately 150 sq metres and this was our starting point for our planning approach.

However in looking at the requirements for a modem pavilion, there are a number of regulatory items that need to be considered in the process

So, as you can see, before we even start on the facilities that we would like to incorporate in a new building that will last 50 years, we have nearly 100 sq metres taken up by space that any new pavilion has to have within its footprint.

Based on this evidence, we looked at and revised the plans, we could not make a building work on the current pavilion site. We did ask whether we could look at a genuine two storey building but were quickly advised that because we were building up to the limit of the ground, those houses in the immediate vicinity would have strong grounds for objection. In all these discussions, we have attempted to work with the planning authorities and have listened carefully to all their suggestions.

An important point has been raised by both the architects and planners which we have been conscious of throughout our discussions is that there are very real issues for disabled access to the pavilion on the current site.

It is also worth noting that this site becomes inaccessible to emergency vehicles during the winter months which would severely reduce its ability to be used throughout the year. One further technical issue raised is the water pressure at this site which is pertinent for fire hydrant purposes.

Both the Bidborough Sports Association and the Cricket Club have very carefully looked at a number of schemes over the past 6 years. While it is nice to hear that support would be forthcoming if we built on the current site, we have considered this option in depth and cannot make it work in terms of the space requirements of a modem pavilion.